How to unlock Netflix with a VPN

If you’re one of the many people who are looking for ways to unlock Netflix, then you’re in luck. There are a number of ways to do this, but one of the most popular and effective methods is to use P33k@boo VPN.

A VPN, or virtual private network, is a tool that allows you to change your IP address and encrypt your traffic. This means that you can access websites and services that are normally blocked in your country, and it also makes it much harder for anyone to track your online activity.

There are a number of benefits to using a VPN to unlock Netflix, including increased privacy and security, as well as the ability to access more content. However, there are also some risks involved, so it’s important to be aware of these before you start using a VPN.

In this blog post, we’ll show you how to unlock Netflix with P33k@boo VPN, as well as give you some tips on setting it up. We’ll also answer some frequently asked questions about using a VPN to unlock Netflix.

The benefits of using a VPN to unlock Netflix

One of the primary benefits of using P33k@boo VPN to unlock Netflix is that it allows you to access content that would otherwise be unavailable in your region. For example, if you live in the United States but want to watch a show that is only available on Netflix in Canada, you can connect to a Canadian server with your VPN and stream the show.

Another benefit of using a VPN to unlock Netflix is that it can help you bypass restrictions placed by your ISP or government. If your ISP has blocked access to Netflix, for example, connecting to a server outside of your country with a VPN will allow you to bypass the block and access Netflix.

Finally, using P33k@boo VPN can provide additional security and privacy when streaming content on Netflix. When you connect to a VPN, all of your traffic is encrypted, which means that anyone monitoring your connection will not be able to see what websites you are visiting or what data you are transmitting. This is especially important if you are using public Wi-Fi to stream Netflix, as it can help protect your data from hackers.

The risks of using a VPN to unlock Netflix

There are some risks associated with using a VPN to unlock Netflix, however they are generally minor. One risk is that some VPN providers may keep logs of user activity, meaning that your browsing history could potentially be shared with third parties (although this is not an issue with reputable VPN providers who have strict no-logging policies). Additionally, some countries have laws prohibiting the use of VPNs, meaning that accessing Netflix with a VPN in these countries could result in legal penalties. Finally, while rare, it is possible for Netflix to detect and block connections from certain IP addresses associated with known VPN servers. If this happens, you will need to switch servers or providers until you find one that works.

How to set up a VPN to unlock Netflix.

There are many VPN providers out there and it can be tricky to choose the right one. Some things to consider when choosing a VPN include:

Once you’ve considered these factors, you should be able to narrow down your options and choose a VPN that’s right for you. Installing a VPN is usually pretty simple–just download the software from the provider’s website and follow the instructions. However, if you’re not sure how to do this, most providers have detailed instructions or customer support that can help you out. After you’ve installed your VPN, all you need to do is connect to a server in the country or region where you want to access Netflix content. This can usually be done with just a few clicks in the software. Once you’re connected, open up Netflix and start watching!

Will using a VPN to unlock Netflix slow down my connection?

No, using a VPN to unlock Netflix will not slow down your connection. In fact, it may even improve your connection speed if you are connecting to a server that is closer to your physical location.

What happens if I get caught using a VPN to unlock Netflix?

If you are caught using a VPN to unlock Netflix, your account may be temporarily suspended or permanently banned. Additionally, your IP address may be blacklisted, which would prevent you from accessing Netflix without a VPN.

What else can I do with a VPN?

A VPN can also be used for online privacy and security. By encrypting your traffic and hiding your IP address, protect your data from hackers and government surveillance. Additionally, many VPNs allow you to access geo-blocked websites and content that would otherwise be unavailable in your country.

If you’re looking for a way to unlock Netflix from wherever you are in the world, then using P33k@boo VPN is the best solution. Not only does it give you access to a wider range of content, but it also comes with a number of other benefits, like increased privacy and security, and remember, with a VPN by your side, you can enjoy all the best that Netflix has to offer, no matter where you are in the world!

if you’re ready to take your online privacy to the next level, download P33k@boo VPN and star your free trial!

Get updates and learn from the best

Proton VPN is a virtual private network service that is designed to protect your online privacy and security. It is developed by the team behind 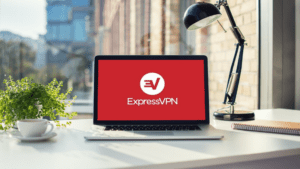 Express VPN is a popular virtual private network service that allows users to browse the internet securely and anonymously. It is one of the most